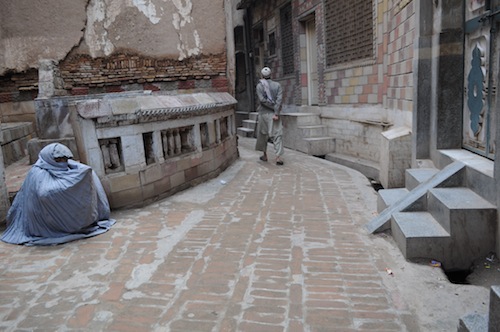 This article on Fishbowl DC covers an exhibit of photos by Pakistani journalists, a partnership of Internews, National Geographic, and USAID.

An area of Pakistan rarely seen by the outside world is finally getting exposure by a group of newly-trained amateur photographers in the region.

A project by National Geographic and Internews, an international nonprofit media development organization, set up 17 young Pakistanis with cameras and gave them two separate boot camps on photography. One camp took place last year in Islamabad along with another in Washington. All participants are from the Federally Administered Tribal Areas (FATA), an isolated area of Pakistan that is rarely photographed.

Muhammad Khalid Afridi, a 25-year-old graduate student, was one of the participants at an exhibit Wednesday at the U.S. Institute of Peace. He told FishbowlDC that he still plans on keeping up with photography now that the training is complete.

“It’ll be my side job or side hobby, because if you have a hobby like that, you will get to enjoy it a lot and continue interest in it,” he said.

Afridi, however, doesn’t know if his work will sell. “I just publish them on Facebook and if any news agency wants them, I’ll give it to them,” he aid.

As an isolated region of Pakistan, FATA can be a hostile environment as far as media is concerned. “It’s not safe much,” Afridi told us. “But if you know the community, you can be safe. We know some of the people don’t like having their picture taken, so you get in trouble if you do. If you ask for permission, it’s fine.”

Afridi and his colleagues’ work will be featured at other exhibits throughout the country.